EMS One Katowice: The intercontinental showdown

For many, the match between Ninjas in Pyjamas and compLexity was the most anticipated game of the day. It was not only a clash of big names, but also a meeting between two power houses from different continents, both legends of the CS scene. Although both teams had struggled as of late, they had both played very solid in the group stage of EMS One Katowice. So which of the two former champions managed to prevail?

de_dust2: compLexity took the lead straight off the bat after winning both the pistol and first equipped rounds, establishing a 4-0 scoreline. Although NiP came back after that, taking their first round, coL showed no mercy, and extended their lead to 7-1. compLexity’s double AWP setup on the Terrorist side in particular gave the Swedes some issues before they managed to adjust to their opponent’s strategy. NiP managed to close the gap a bit towards the end of the second half, bringing the scoreline to 11-4 before switching sides. The pistol round saw NiP catching up to 7-11 before the game started swinging back and forth. Both NiP and coL had some good rounds until coL seized the upper hand once more, taking the game from 13-9 to 15-9, six match rounds away from winning the first map. NiP bravely fought right up to 12-15 before the Americans took the final round. This meant a final score of 16-12 for compLexity, with NiP right behind them and up to two more maps to come. 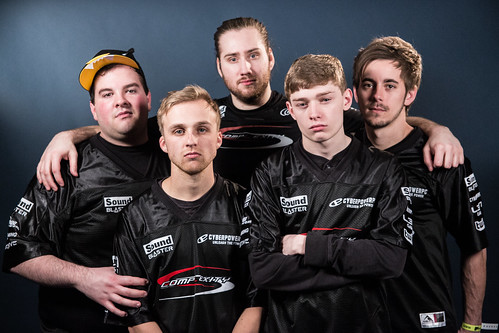 de_nuke: After a great performance on de_dust2, before ultimately losing the match, NiP caused some serious fireworks as the Terrorist side. After winning the crucial pistol round, the Swedes turned the normally Counter-Terrorist-biased map into a Terrorist one, and showed coL why you should always veto de_nuke against them. Round after round they maintained the upper hand, only allowing compLexity to pick up two rounds in an incredibly tough Terrorist half. With the pistol round won by NiP, the match was pretty much over already. The Americans still tried their best, but NiP’s defense was way too strong to allow them another round. The final score was 16-2, with Ninjas in Pyjamas proving that they’re more than capable of beating any team in style (at least on de_nuke). 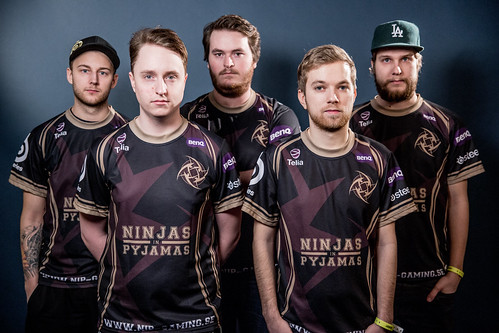 NiP coming back in style (more photos on Flickr.com)​

de_train: This was a tough fight from the start with NiP taking the eco after losing the pistol round but coL scoring a lot Terrorist rounds early on. As compLexity slowly but surely racked up rounds, with the first half ending 9-6 in favor of the Swedes, the foundation for another upset was laid. The first three rounds of the second half went to NiP but after this there was a lot of back and forth between the two powerhouses as coL tried hard to catch up with GeT_RiGhT and his team. When NiP hit 15-8, the Americans suddenly surged back, and it looked like an overtime might be on the cards. n0thing and his team definitely gave a solid defense, taking round after round with many a clutch play, but one final and fatal push from Ninjas in Pyjamas brought the series home with a final score of 16-11 and a 2-1 series victory.

The match-up was definitely Friday’s tensest match. After a devastating defeat on de_dust2, and NiP down 0-1 in the series it looked like an upset was going to happen. Yet true to their form, NiP stepped up to the plate and brought the game home. Fifflaren was clearly exhausted after the match, saying:

“We weren’t really worried – they were just better on dust2.“

His words effectively sum up the whole series – pretty fraught on both the second and third map, but a bit more relaxed after. Now the Swedes are heading to the semifinal, and have tough opponents Dignitas and Virtus.pro to look forward to. With the last quarter and both semifinals coming up, we have a very interesting day ahead of us.

Find all details about the events such as brackets, streams and more on ​csgo-emsone.com.