Devilwalk: “As a spectator I would like to see new maps being added”

The latest updates from Fnatic have been quite shocking for many fans. Devilwalk, one of the heroes from DreamHack Winter 2013, the first US$250,000 tournament, stepped down as a player to help his team in the role of a coach. We sat down with Jonatan to talk about his new role, the latest lineup changes as well as what he expects ESL One Cologne to be like.

ESL: First of all congratulations on your new position. How come you stepped down from being a player and became coach of your former team?
Jonatan “Devilwalk” Lundberg: Thank you! Well it came to the point where I no longer thought we could stick together. Problems in our team were becoming too much for us to handle. For the reason of creating the best team in the world – as a long term objective of course – I think I can help this team reach that objective. That’s why I decided to create this team with my former teammates as I strongly believe this compilation of players has that enormous potential individually and fit perfectly on a personal level.

ESL: Your old lineup, including you as a player, did win the first ever US$250,000 at DreamHack and finished in the Top 8 of Katowice. Only six weeks prior to ESL One Cologne, you did some crucial changes to the lineup. What was the reason for this?
Devilwalk: Well I kind of talked about that point before, It’s about creating a team which will grow together during a long period of time, and making changes any time of the year isn’t optimal but at the same time sometimes that is what is needed to be done and I’m certain that we have made the correct choice this time. 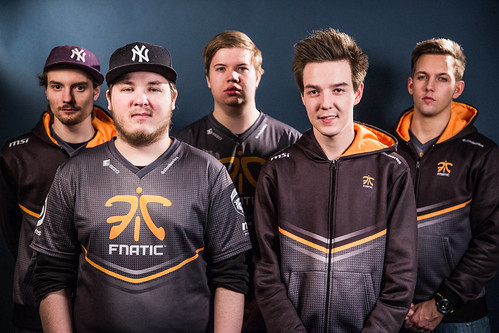 The old Fnatic including Devilwalk and schneider

ESL: Schneider was very disappointed about him being the one to leave the team completely. Do you want to comment on his statements?
Devilwalk: Obviously there is no easy way to split up a team that’s been through so much together and I understand his disappointment. The things we achieved together were enormous, but at the same time you can’t hold hands forever and you need to move on. It’s hard, tough … but necessary.

ESL: Being the coach, what are the things that you will be focusing on?
Devilwalk: My main objective is to speed up the process for these guys to meld together and to become strong together. Adjusting things that are very hard to see as a player while playing. It’s a role which has a lot of different approaches to it. Helping Pronax with tactics and ideas as well as to see how it develops, that’s what I’m focusing on as this is a new challenge and experience for me as well.

ESL: Bringing the best Swedish players in the recent past together, what are the goal set for the next few months?
Devilwalk: The long term goal as I’ve previously mentioned is becoming one the best teams in the world. A positive result would be top 4 in a tournament but at the same time you have to consider the low amount of practice these guys will have to achieve these goals. Next few months they put the pressure on themselves and I’m sure it’s very high as they want to excel and take top positions on every LAN they go to. 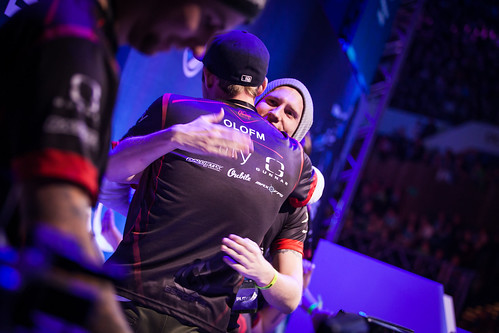 ESL: So far, both US$250,000 tournaments have been won by local teams, you and Virtus.pro. Do you think that this trend can continue and which German team would you see having the best chances to make a surprise win at ESL One Cologne?
Devilwalk: Well obviously it’s been a big trend even outside the majors. Since mousesports got Allu they have been starting off this with positive results and I think they might have the biggest chance coming from ‘Germany’. But at the same time you never really know. There are so many good teams out there you just can’t predict what’s going to happen.

ESL: Compared to Katowice, which teams do you think will be able to surprise us?
Devilwalk: I think Fnatic will surprise a lot of people, and seeing them play every day I have to stick with the boys!

ESL: The latest CS:GO update brought three ‘new’ maps to the matchmaking map rotation. Would you like to see Overpass, Cobblestone and Cache being added to the major tournaments?
Devilwalk: As a player, Cache is an obvious choice for me to be added in the future. For the other maps I don’t really have any experience with them at all. I’ve played Cbble of 1.6 and tried it once or twice in CS:GO. For Overpass I’ve never even seen it, so I can’t really say that as a players those two last maps are all that exciting.

But as a spectator I think it’s important that new maps get into tournaments to get a new fresh feel and to learn new things like moves and positions while watching all these high tier Competitive games. So as a spectator I would like to see that. 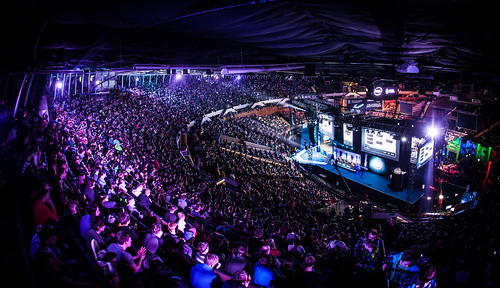 Will the visitors get to see some changes for ESL One Cologne?

ESL: Looking forward to gamescom, what do you expect to see and experience in Germany?
Devilwalk: The wonderful world of esports gathered to an explosive event of action packed games, stories and history to be made!

ESL: Thank you very much for your time and good luck preparing for ESL One Cologne!

Stay tuned to more updates on the ESL One Cologne 2014 here on ESLGaming. More details on the tournament and its qualification can be found on ​esl-one.com/csgo.