Day two of CS:GO at the Intel Extreme Masters gamescom brings out the politics 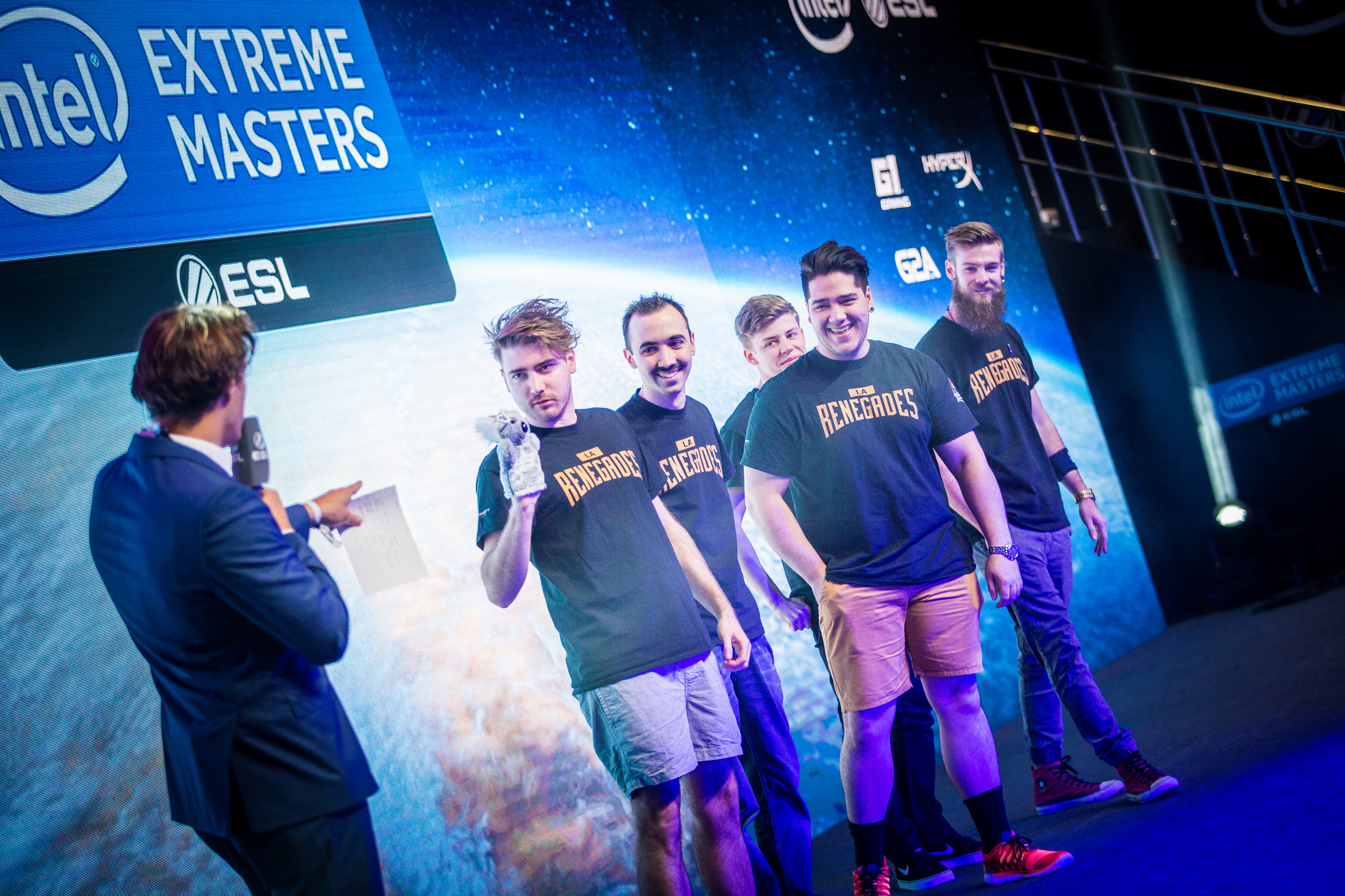 After talk of alliances formed between the Danish teams of TSM and SK Gaming, as well the French connection surfacing between Team EnVyUs and Counter Logic Gaming the stage was set for the second day of CS:GO at the Intel Extreme Masters gamescom 2015. The first match of the day was decided through a random draw.

As a starter TSM had to take on CLG on Train. After a somewhat disappointing loss from day 1 CLG was ready to show everyone what they were made of once again. TSM closed out day one with a convincing win over Renegades and have had strong showings on Train so the challenge was set for CLG. 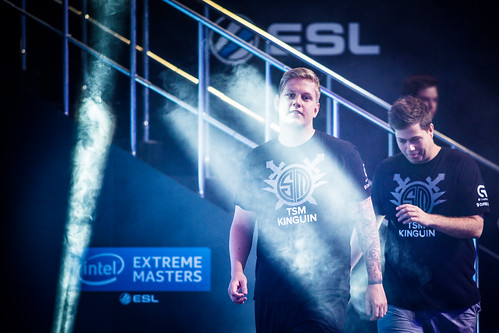 The match started off with CLG winning the crucial knife and pistol round which gave them the potential to pull off a strong start. After some rocky rounds early where CLG was losing the aim duels they pulled themselves together and managed to put up an impressive CT side. TSM relied mostly on winning the aim duels with CLG as their smoke executions onto bomb sites didn’t work out. A halftime score of 10-5 in favour of CLG made TSM aware of what they had to do. The moment for TSM to shine was there and they embraced it with arms wide open. Witnessing clutch CZ-75 plays from the TSM side and CLG throwing their bodies at bomb sites the Danes gave up only two rounds before winning the match with a 16-12 scoreline.

The Danish counterpart of TSM was forced to play the second match because they played the least amount of matches so far and TSM pitted them up against Renegades on Cache. This map pick brought joy to the face if the Australian captain, SPUNJ, as some of their best matches against European teams took place on it.

With the pistol round in their pocket Renegades were ready to put up a solid performance. Apart from some sloppy rounds where the stand-in for SK Gaming, NiKo, came up huge the Aussies showed why they favour this map as much as they do. From confident peeks in A main, getting up close and personal with SK to saving guns by shutting the door on NiKo, the Renegades CT side showed little to no cracks. It gave them a 10-5 advantage to take into the second half. On the T side Renegades threw themselves at the middle area of Cache to catapult into either of the bomb sites. A lot of back and forth happened in the second half, it saw many quirky buys which eventually favoured the Renegades T side as they picked up the last three rounds to secure a 16-10 win.

Up next was Counter Logic Gaming on Inferno where they had to take on Team EnVyUs. A map where CLG knew they had to win the crucial knife and pistol rounds if they wanted a shot at coming out with a win against the changed EnVy lineup. 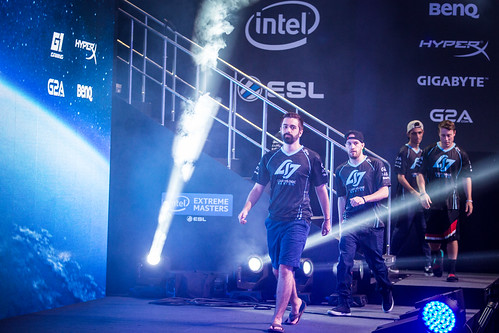 After they won the knife round CLG opted to start on the CT side in hopes of preparing for an upset. The French had other ideas though and quickly took the pistol and two consecutive rounds thereafter. At that point jdm brought his team up to speed and matched EnVy’ pace after he shut down an A execute. Startled as they were EnVy tried time and time again to bait out rotations from the CLG side but it was all in vain and they lost seven rounds in a row. EnVy managed to scrape their equipment together for three more won rounds which put the halftime score at 9-6 in favour of CLG. On the CT side, where EnVy pulled off good teamplay, EnVy showed they were a bridge to far for CLG. The match ended in a 16-13 win for Team EnVyUs.

The politics of this tournament showed up for the fourth match of the day. EnVy threw Renegades in with SK Gaming once more, this time on Mirage. However the Danish side of SK had a secret card up their sleeve in the form of Karrigan from TSM. Because Karrigan already played against Renegades on Mirage he collaborated with his fellow Danes as a coach.

SK started on the CT side and they got off to a good start with a pistol round win. For the early stages SK had Renegades’ number and they shut down the aggression well. The aggressive play towards mid paid off for Renegades eventually with some tactful rotates and bomb site pushes which ended with a 10-5 scoreline in favour of SK. The CT side is where Renegades shined, yam picked up his trusty AWP and hit some clutch shots which backed up his captain, SPUNJ, who somewhat carried his team through this match. On the SK side the raw talent of NiKo alone was not enough and the executes did not work out resulting in a 16-14 win for Renegades.

Match 5: mousesports vs. TSM on Dust 2

With a second win under their belt the Australians decided it was time for two of the top contenders to lose a life. After SPUNJ picked Dust 2 as the map to be played, he selected mousesports and TSM as the teams with Dust 2 being arguably the strongest map for the Germans. 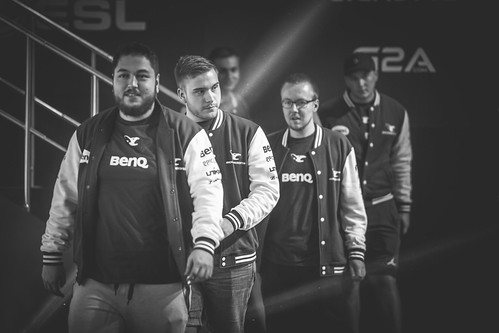 The powerhouse of TSM started off on the T side where they played a pretty standard first half. Basic executions onto either bomb site from any direction worked, with ChrisJ not hitting the crucial shots, mouz got flanked from their own spawn. The Germans won a couple of rounds through aggressive retakes and an all out brawl at A ramp in the final round, which set the score to 11-4 for TSM. On the second half mouz threw themselves at middle from which they attempted to burst into either bomb site. Most of those attempts had the same outcome: a round win for TSM. In the end the Danes proved once more they belong in the top with a seemingly easy pick up of the needed rounds, they won 16-8.

Apparently politics didn’t matter anymore as TSM threw Renegades and SK Gaming in yet another match, this time on Cobblestone. SK dying for a win over the Australians after they lost twice already to them.

After two somewhat disappointing performances earlier on the day, it was time for the SK side to show they could adapt to any situation. This time the man for the job showed up, NiKo was antsy to get their first win of the day. NiKo hit amazing Deagle shots and put the aggression towards the A bomb site to a halt many times. The first half ended in an 8-7 scoreline in favour of the Danes. The second half went as back and forth as the first, with SPUNJ exploding in victory roars that even the Gamescom music couldn’t beat. Cadian replied in equal fashion, backed up by NiKo. With clutch plays from either side the match ended up in a tie. The Danish side of SK came out on top after the small interim and managed to pull the match to a win with a 19-16 scoreline in overtime.

Join us tomorrow from 10:00 CEST for Intel Extreme Masters gamescom going into day three of Counter-Strike: Global Offensive! Make sure to follow the official IEM Facebook and Twitter accounts as well as @ESLCS and #IEM for highlights, updates and more!