“Dawngate does MOBA differently”: an interview with the Dawngate devs 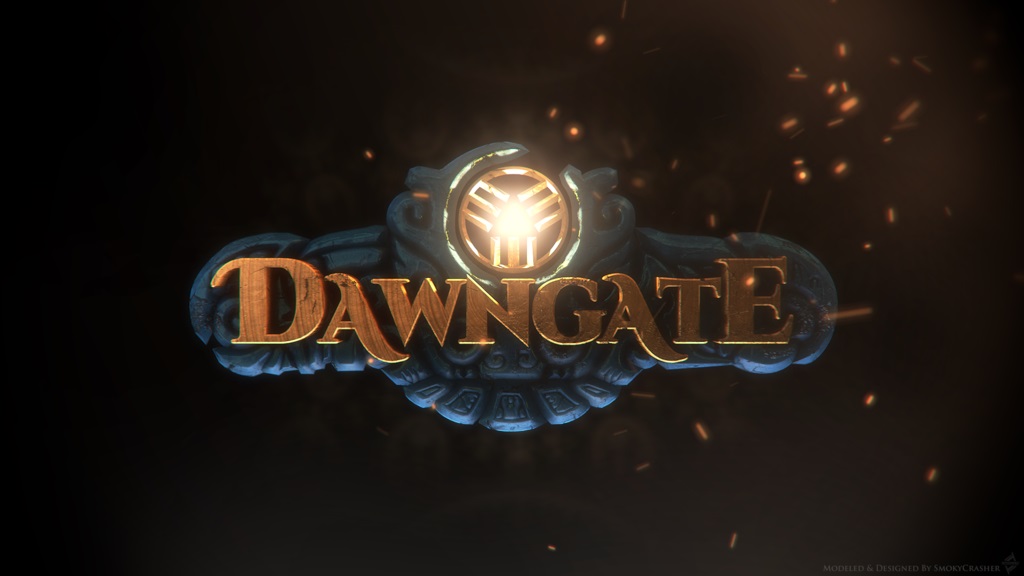 We had the chance to talk about Dawngate with two of the developers from Waystone Games before their Race to the Gate tournament. Dave Cerra, Lead Producer and Alex Hetu, Lead Systems Designer sat down with us and shared their thoughts about the ongoing beta phase, the competitiveness and the metagame.

ESL: The MOBA market is currently saturated, with strong competitors such as League of Legends and Dota 2 probably as the genre’s best-known titles. What sets Dawngate apart from these games?
Dave Cerra (D.C.): Dawngate does MOBA differently. Our unique role system rewards your playstyle and creates some flexibility in the meta based on team composition. Dawngate’s map is completely different, with two lanes and a massive jungle creating new strategic possibilities. We’ve added resource nodes that players can capture to control the economy. The base is home to a huge guardian who fights back when you’re trying to close out the game. And all around, Dawngate plays fast … all of the strategic depth is there, but departing from the expected MOBA allows us to do a variety of things to make meaningful teamfights happen faster and more often. All around, Dawngate is a different MOBA. It’s been designed to be the first DotA-like that isn’t just a clone of the classic DotA tri-lane concept. If you’re looking for all of the strategic depth and a very high skill cap, but want a new take on the genre, Dawngate is worth your time. ESL: The game went from being in closed beta to having a community beta. What’s the next step for Dawngate? Are you guys closing in on an official release soon?
D.C.: Interesting question. It feels like it, but it’s honestly hard to tell. The next phase of our Beta will tell us a lot. We’re rapidly approaching that next phase … we’re calling it “Competitive Beta.” This will focus on testing Ranked play, tournaments, and the final revision to the game as a whole. Our whole philosophy at Waystone is to get to the players as quickly as we could in development, and then stay with them. This last phase of Beta is driven by what our players have told us. It’s where they wanted us to take the game, and so that’s where we’re taking it. An “official” release could be soon after this, but we’ll have to see how the game feels once Ranked and Draft are in. And really, “launch” is just marketing to a certain degree. Dawngate is here now, the scene is alive and growing now, and we’re just doing our best to keep up with the players.

ESL: For people switching over from another MOBA, do you have any hints to get them started off in the right direction?
D.C.: Mechanically, the game will feel very familiar to MOBA players, and that’s by design: you can sit down and play Dawngate. However, the flow of Dawngate differs greatly from other MOBAs. Play the practice mode a couple of times, and be patient as you learn what’s important to focus on. Read the Role selection to pick what compliments your playstyle. Learn how Spiritwells work. Learn about how the Parasite evolves and how killing it affects the flow of the game. Learn about Dawngate’s base mechanics and how the Cores affect the Guardian. As you can see from the language used and mechanics described,

it’s just a different MOBA. I’d also point players to the community on Reddit. There are a ton of fan created resources that can be found there to help new players get into the game.

ESL: Lore plays a big role in the Dawngate universe. You also mentioned that it will be tied in with The Race to the Gate tournament. How does that work? What can we expect?
D.C.: Lore is a big deal in Dawngate, and for Waystone as a studio. We made Dawngate to be the MOBA we wanted to play, and that includes being set within an original world with well-developed characters. The story of Dawngate unfolds within the Dawngate Chronicles, an online web comic with three pages each week. The Shapers you play are the stars of the show, and the story often reaches a branch point that players vote on. When that happens, every game of Dawngate that everyone plays casts a vote for the option they choose. So basically, the story of Dawngate is a community-driven choose-your-own-adventure. That then drives content back into the game as players discover new playable Shapers and skins in the story.
For the Race to the Gate beta tournaments, we wanted to tap into that community-driven fun while testing how competitive play was working. So each of the four prelim tournaments is a competition to represent a region within the world of Dawngate. The regional champions will the fight in the final to determine not only the best team in the game, but also which region in the story reaches the Dawngate first. This will have a major impact on how the story unfolds moving forward.

ESL: The Race to the Gate will see the highest prize pool so far for a Dawngate tournament. Where do you see the competitive scene going from here? Are there any other tournaments planned in the near future?
D.C.: Rather than run everything ourselves from the beginning, we’re working with our community to build an ecosystem of competitive play. To begin with, the Race to the Gate series will be monthly. The community has already worked with us to put three other tournaments together to fill every weekend when there isn’t an official tourney. We’re coordinating with them to turn the community tournaments into the qualifiers for the Race to the Gate events. We’re calling this “competitive beta” because we’re truly testing these things out. We’re excited to see how this unfolds with the community and the future of competitive Dawngate will be determined in large part by what we learn with the players.

ESL: What insights do you hope to gain from hosting a tournament in the beta stages of the game?
D.C.: We really want to see how our integration with the grass roots esports scene works. We want to understand how events affect population ebb and flow. Our pick/ban order is unique to Dawngate so we want to see how that’s working for players. Some big things, lots of small things. Keeping the game in Beta buys us a bit of forgiveness from players, while running a Beta tournament allows us to kick the tires a bit more aggressively.

ESL: Dawngate is fairly new on the scene. What do interested players have to do to start playing competitively?
D.C.: Play. Play a lot. The game is new to the scene, but there are already a lot of very good Dawngate players that have come over from other MOBAs. Again, the community’s subreddit is a pretty active hub to connect with likeminded players and form teams. Once you’ve found your team, find others to scrim with and jump into any of the community tournaments when you’re ready for it.

ESL: Using no more than two sentences, get us hyped for The Race to the Gate! Why should people tune in to the tournament?
D.C.: Watch high MMR MOBA players in Dawngate’s “Race to the Gate” beta tournament! Check out how a truly new MOBA pushes the genre forward, revealing different team strategies and testing individual skill in a whole new way.

ESL: Dawngate feature multiple roles. Are there any ‘mandatory’ combinations in the current metagame that are required in order to achieve success (e.g. two junglers, one of every role, etc.)?
Alex Hetu (A.H.): Currently, most compositions in solo queue include at least one Gladiator per lane, as well as a jungler as either the Hunter or Predator role. However, now that we’ve entered Competitive Beta and are beginning to see more and more tournaments and competitive teams pop up, I fully expect players to use the role system to create some unexpected combinations to catch their opponents off guard.

ESL: What direction do you want the metagame to go in? What do you think the perfect Dawngate meta will look like?
A.H.: We don’t have a specific picture of what Dawngate’s perfect metagame is. Our goal is to provide the community and competitive scene with the tools to constantly create and evolve a variety of different metagames. The game is the most exciting when teams can be creating and innovating on new strategies and team compositions, and we’re committed on the development front to making sure that can happen.

ESL: In order to have variety for both players and spectators, there must be multiple ways and strategies to approach a game. How are you making sure that you find the right balance?
A.H.: We’re approaching this from a variety of angles. One of the ways we’re providing variety is our goal of making almost any shaper viable in almost any role. By making it so that teams have the option to run a massive number of viable team configurations there’s always something new being tried out in the competitive scene. On the content side of things, we’re also focusing each of our new shaper releases at providing a strong pick or counter-pick to a specific strategy in the current metagame. Our next shaper will be an example of this, as her kit is specifically designed to be strong against the current bruiser heavy metagame.

ESL: You are working on the ‘progression’ patch, which will shake up the metagame once released. What’s the status on the patch and can you reveal any juicy new details to us?
A.H.: Unfortunately we’re not quite ready yet to be talking about what the progression update will contain in detail. At a high level, it’ll cover improvements to the roles to increase the viability of which shapers can be played in them, improvements to the leveling and itemization experience, and a focus on making the game less snowbally, especially in the early game. While we can’t give a specific release date for it, I can say that it is coming along quite nicely.

ESL: Thanks for the interview!