Congratulations to the winner of the Intel Extreme Masters Shenzhen Hearthstone tournament!

The name of the game today was Druid domination. Whether it was Token Druid or Taunt Druid, Malfurion had no issues sealing victory today. Yesterday’s quarterfinals set us up for some for some dramatic matches, and the players most definitely delivered. With the finals finished and the prize money recipient decided, lets look at what transpired today.

First up was the dramatic match between Azeri and Jeanno. Jeanno, having played extremely well in the group stage up until the quarterfinals, was heavily favored going into the match. Although Azeri put on a strong showing yesterday, he had been the underdog in almost all of his matchups and both the crowd and casters did not see him moving into the finals. Yet Azeri would leave them collectively baffled, by showing up and absolutely dominating once more. Key to his dominance was his Druid deck, which left Jeanno struggling to get a footing as turn after turn Azeri took control of the board and brought the pain. On the back of his 3-0 Shaman sweep over StrifeCro, this further dominating performance gave him an air of invincibility going into the finals. 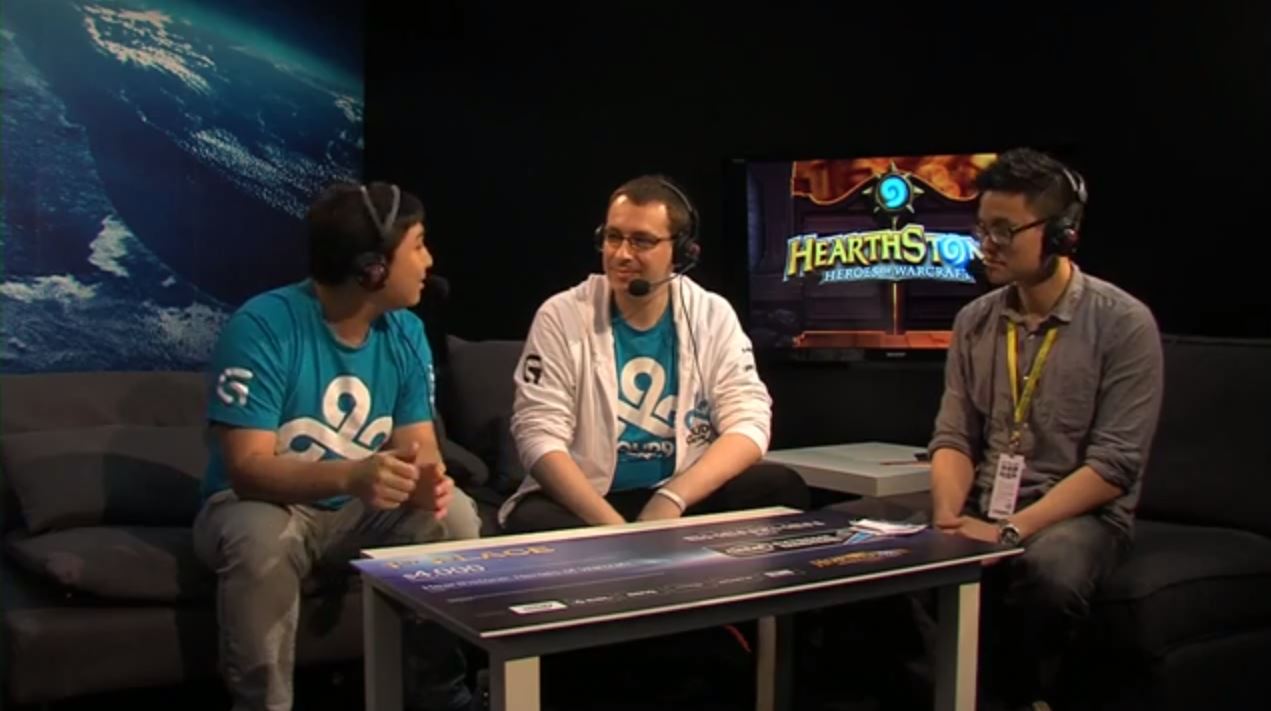 After his incredibly dramatic victory over XiaoSoul in yesterday’s quarterfinal match, the match between RDU and Amaz looked promising to be a proper clash of Titans. While RDU most recently proved himself in the 2014 DreamHack Summer Hearthstone tournament, where he took first prize, Amaz, of Team Liquid, is known for his excellent priest play and was a force to be reckoned with throughout the entire IEM Shenzhen tournament. A proper clash it would turn out to be, the the delight of the fans, with the series going into the full 5 games with lots of back and forth.

Amaz came out strong in game one, sealing the win with his Warlock deck against RDU’s Druid. RDU countered in game two by pulling out his own Warlock deck, winning the mirror matchup. Game three held quite a surprise as Amaz opted for a Hunter deck – the first Hunter seen in the playoffs. However, even though Hunter counters some traditional Warlock decks, RDU was able to claim game three as well. Switching into emergency mode, Amaz changed to his famed Priest deck for the final two games of the series, taking two victories in a row and a slot in the grand finals. 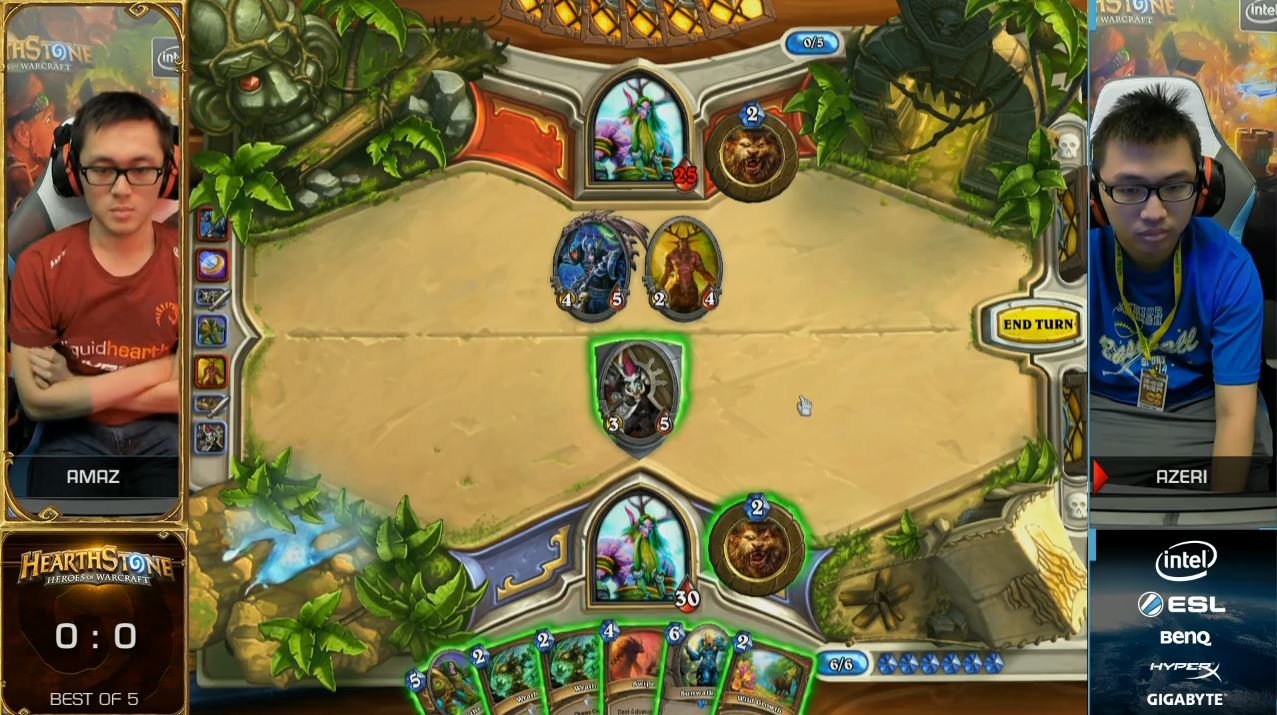 The grand final was set to be an action-packed nailbiter, with Azeri, who had proven himself time and time again throughout the tournament, up against one of Team Liquid’s finest, Amaz. Amaz however, is used to the big stage, having managed to make it to the finals in his last three consecutive Heartstone tournaments. After crushing both his opponents in the playoffs, it seemed like Azeri had gone into beast mode heading into the finals. Azeri went into game one with his Druid deck, trusting in his crushing performance from the semifinals. Amaz also went with Druid, making game one a mirror matchup. Sadly, Azeri could not keep up with Amaz’s relentless assault and ended up going down early. Heading into game two, Azeri decided to switch things up and pull out his homebrewed Shaman deck. Not known for its consistency, the deck didn’t manage to replicate its impressive streak in the semi-finals and also fell to Amaz’s Druid play. Game three became a perfect reversal of roles as Amaz completed the 3-0 Druid sweep, with Azeri’s warrior deck not having any of the answers.

Congratulations to Amaz, the winner of Intel Extreme Masters Shenzhen Hearthstone tournament! The young player from Hong Kong clearly deserved the win. Having taken down the top talent from around the world with many different strategies, Amaz has once again proven why many consider him to be the best Hearthstone player in the world. As Season 9 of the Intel Extreme Masters is just kicking off, expect to see a lot more of Amaz in the future!