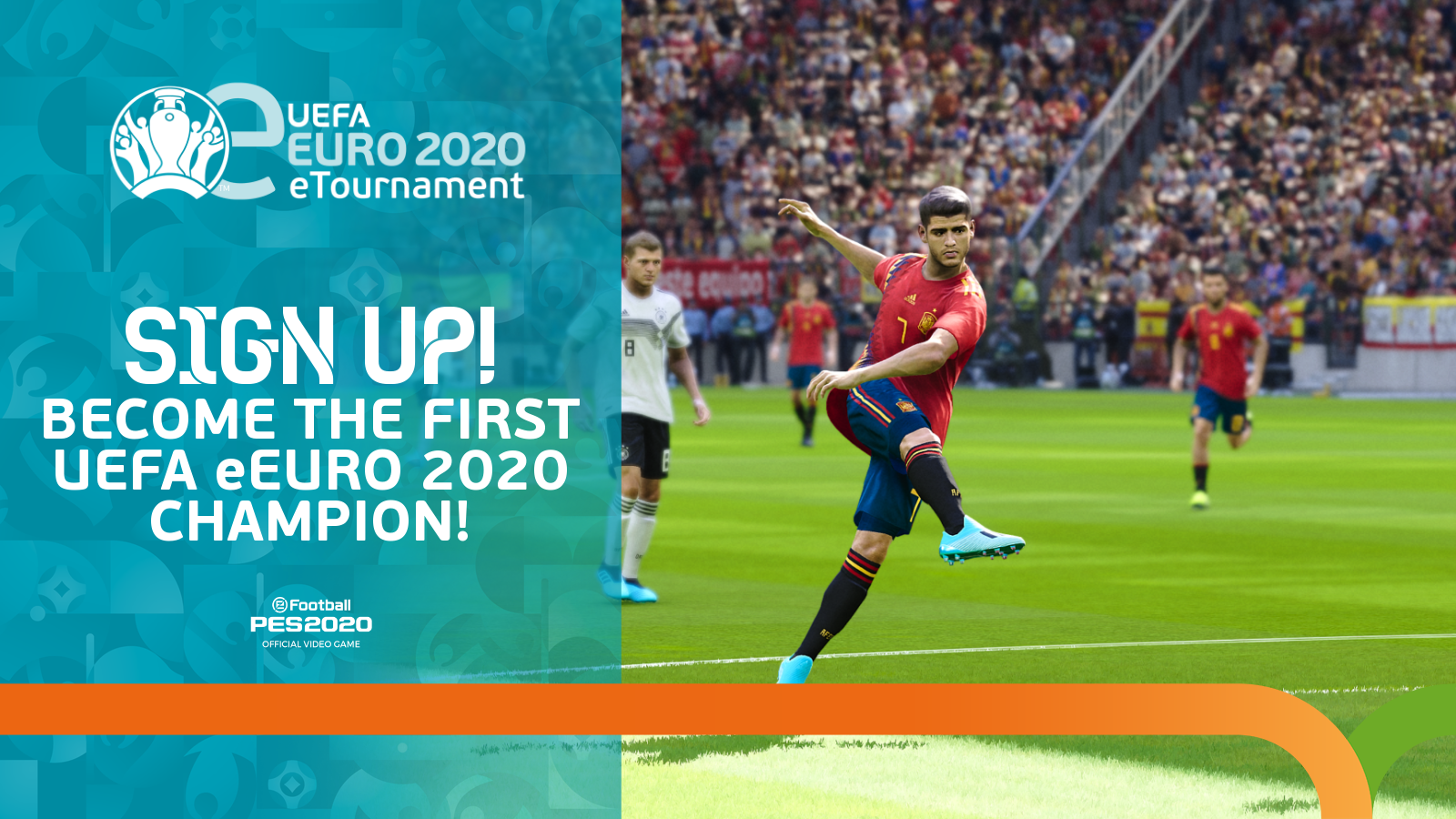 Put on your national team jersey and represent your country in the first ever UEFA eEURO in 2020. Sign up and qualify with your country for next July’s final tournament in London.

UEFA is launching UEFA eEURO 2020, a national team eFootball tournament featuring all 55 of UEFA’s member associations – and you could even represent your country!

The tournament will be the biggest national team eFootball event to date and will see participating players compete exclusively on KONAMI’s eFootball PES 2020. The video game will be dedicated to next summer’s UEFA EURO 2020 showpiece.

The aim for all competing countries will be to qualify for the final tournament in London from 9–10 July, scheduled just before the final of the real-world UEFA EURO 2020 at Wembley Stadium on 12 July. The winners of eEURO 2020 will receive tickets to watch the final of UEFA EURO 2020 as well as a cash prize.

Each participating national association will enter a national eFootball team comprising between two and four players.

The focus of the tournament is the team element, the essence of football. Therefore, every association will take part with a national eFootball team of between two and four gamers representing their country.

Between November 2019 and January 2020, associations will choose team members on the basis of a tournament, either online or physical – unless a national eFootball team already exists. The selected team will then compete in the online eEURO qualifying phase and try to advance to the final tournament in London.

How does the tournament work?

A draw will take place in January 2020. It will divide the participating nations into ten groups for the online qualifying phase, to be contested between March and May 2020.

Each country will play two matches (one v one) against the other teams in their group; points from both matches are added to establish the group table.

Sixteen countries will qualify for the final tournament in London and compete to become the first UEFA eEURO 2020 champions.