The players in attendance at the StarCraft 2 tournament in Shenzhen are truly world class, and we’ve had five days of remarkable games as a result. After the frenzy of yesterday’s results, it seemed that the title could be anyone’s for the taking. With every player trying to secure a spot at BllzzCon, it really comes down to the wire in terms of WCS points, meaning that every tournament counts. The grand finals eventually came down to TaeJa vs. Solar, who did not fail to put on a show. The Terran clinched the lead in the last game, winning his first ever Intel Extreme Masters title! 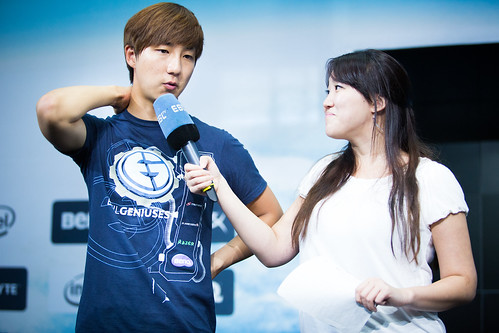 Jaedong’s ZvT is his weakest matchup this year, with an unremarkable 54% win rate. And for someone who struggles playing against Terran, it‘s less than ideal to be matched up against the all-mighty TaeJa. In 2014, the two have only faced off against each other twice, TaeJa getting the upper hand in both occasions. However, in StarCraft 2 it only matters how you play on the day, and unfortunately for Jaedong this simply wasn’t good enough for him today.

With so much on the line, neither player really wanted to chance attempting to cheese or all-in, and so all four games ended up being macro focused. The match was defined by back-and-forth engagements, with both players trying to gain a slight lead. Jaedong only managed to take one map in the second game, and even though he won, the game seemed to have unsettled the Zerg. The game lasted much longer than it should have, TaeJa refusing to bow out without a fight. In the subsequent games, Jaedong made small mistakes which left him at a disadvantage – losing drones to standard Reaper openings, getting supply blocked and bad control of his Mutalisks. Combine this with TaeJa’s excellent decision making and control and we have a very one-sided 3-1 victory for the Terran. 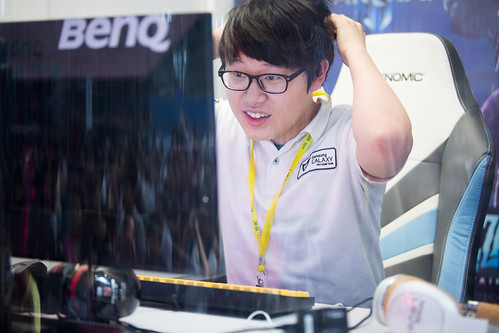 Both Solar and Jim have surprised at this tournament. Between them, they have beaten the likes of TaeJa, INnoVation and Life, making a match between these two up-and-comers extremely interesting. No one would have expected either of these two players to advance this far in the tournament, particularly when you look at the level of competition present in Shenzhen. Continuing from his dominating performance in the quarterfinals, Solar steamrolled hometown favorite Jim in a quick 3-0.

Solar seemed to have studied Jim’s games against Life and was well aware at the Protoss’s penchant for early aggression and cheese strategies. It seemed that Solar was prepared for anything that Jim threw his way, calmly dealing with cannon rushes and a four Warpgate rush. Solar carefully kept the advantage he gained from averting Jim’s attacks, eventually allowing him to win his games with ease. Jim’s decisions seemed off-key in the series, overcommitting to cannon rushes and allowing his opponent to punish his mistakes. After an impressive tournament run, the Chinese hero seemed out of his league against Solar, and was eliminated in a brutal loss. 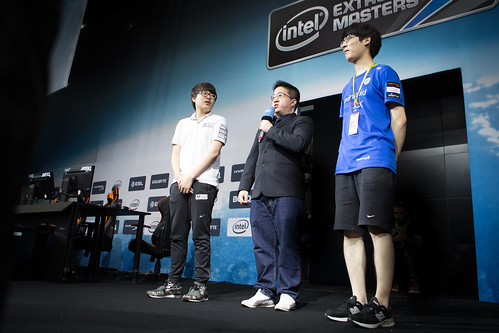 After the semifinals, where both TaeJa and Solar outclassed their opponents, fans were eager for a nailbiting StarCraft 2 set. And with both the Terran and the Zerg giving it their all throughout the tournament, they weren’t to be disappointed. With a combination of long macro games and aggressive all-ins, TaeJa and Solar demonstrated how a TvZ should really be played out. This was the first time the two players had face off against each other, and the result was a truly spectacular final. The set went to the seventh game, where TaeJa managed to maneuver himself into the lead to take the title.

In the first game of the series, Solar played a near-perfect macro game, scouting everything the Terran was doing and as a result defending against any aggression with ease. He simply did not allow TaeJa to get in the game, and it seemed that TaeJa had finally found his match. TaeJa, however, recovered from his lost in the initial game, equalizing the series 1-1 with ease in the next game. Game two was a lot more fast-paced, with constant pressure from Medivac drops leaving Solar overwhelmed. 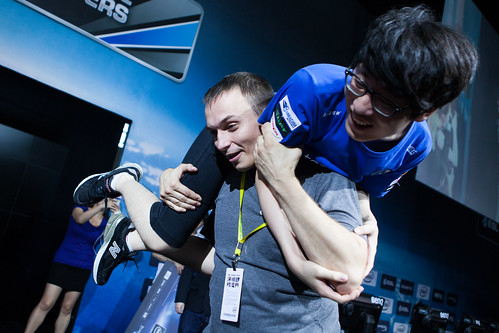 Game three was a breathtaking extended TvZ. Both TaeJa and Solar were playing exceedingly cautiously, both comfortable to play a clean macro game. Apart from some economic harassment and few small trades, neither player gave anything away until the 24th minute of the game. However, Solar was able to take an excellent engagement off creep, and thus also the lead in the game. Like in his second game against Solar, TaeJa was able to hang on in the game, buying himself more time than he should have been able to. The game ultimately came down to one last engagement, where Solar effortlessly defended against TaeJa’s attack, leaving him with a 2-1 lead.

The fourth game of the series was a little less eventful, with TaeJa managing to capitalize on a huge Widow Mine hit on Solar’s army, holding onto his lead to tie up the series. Solar hazarded an all-in in game five, taking a break from the macro games so far in the match, going for a Zergling and Baneling all-in. He managed to pick off TaeJa’s Hellions before he went in for the kill, making short work of the game, and taking him to match point in a 3-2 lead. 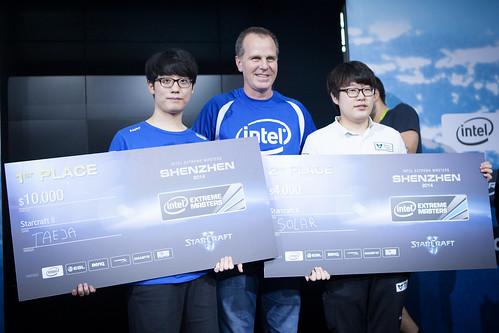 Only one match from the title, Solar didn’t want to prolong the series and longer and threw down an early Roach Warren. Solar’s first wave of Roaches hit the mark, killing off most of TaeJa’s SCVs at his natural as well as all of his Marines. It seemed that all was lost for the Terran. Well, all would be lost for any other Terran, but TaeJa is in an entirely different league of his own. Solar’s second wave of Roaches evaporated at the hand of three Siege Tanks, leaving TaeJa to take the lead and the game very shortly after.

After going toe-to-toe for six games, Solar and TaeJa found themselves in the last game of the series. The pressure of the deciding game seemed too much for 18-year-old Solar, who made small mistakes that slowed down his production massively. Without an Overseer, TaeJa’s cloaked Banshees picked off three Queens, with another falling needlessly to some Hellions. This meant that Solar could not larva inject or spread creep. From here things spiralled out of control, with TaeJa never easing up on the aggression, forcing Solar to concede his tournament dreams.

Thus TaeJa took his third consecutive premier tournament win, and his first ever Intel Extreme Masters tournament. After winning 750 WCS points today, he stands comfortably in fifth place in the WCS rankings, ready to continue his path of destruction at BlizzCon. Team Liquid leave the Shenzhen with two champions, Amaz having also won the Hearthstone tournament on Friday.

If you don’t have time to watch VODs, check out our recaps for the previous days of the tournament:

If you missed any of the games in Shenzhen, the VODs are available over on the ESL TV YouTube channel! Intel Extreme Masters will be back in Canada at the end of August – we’ll see you then!