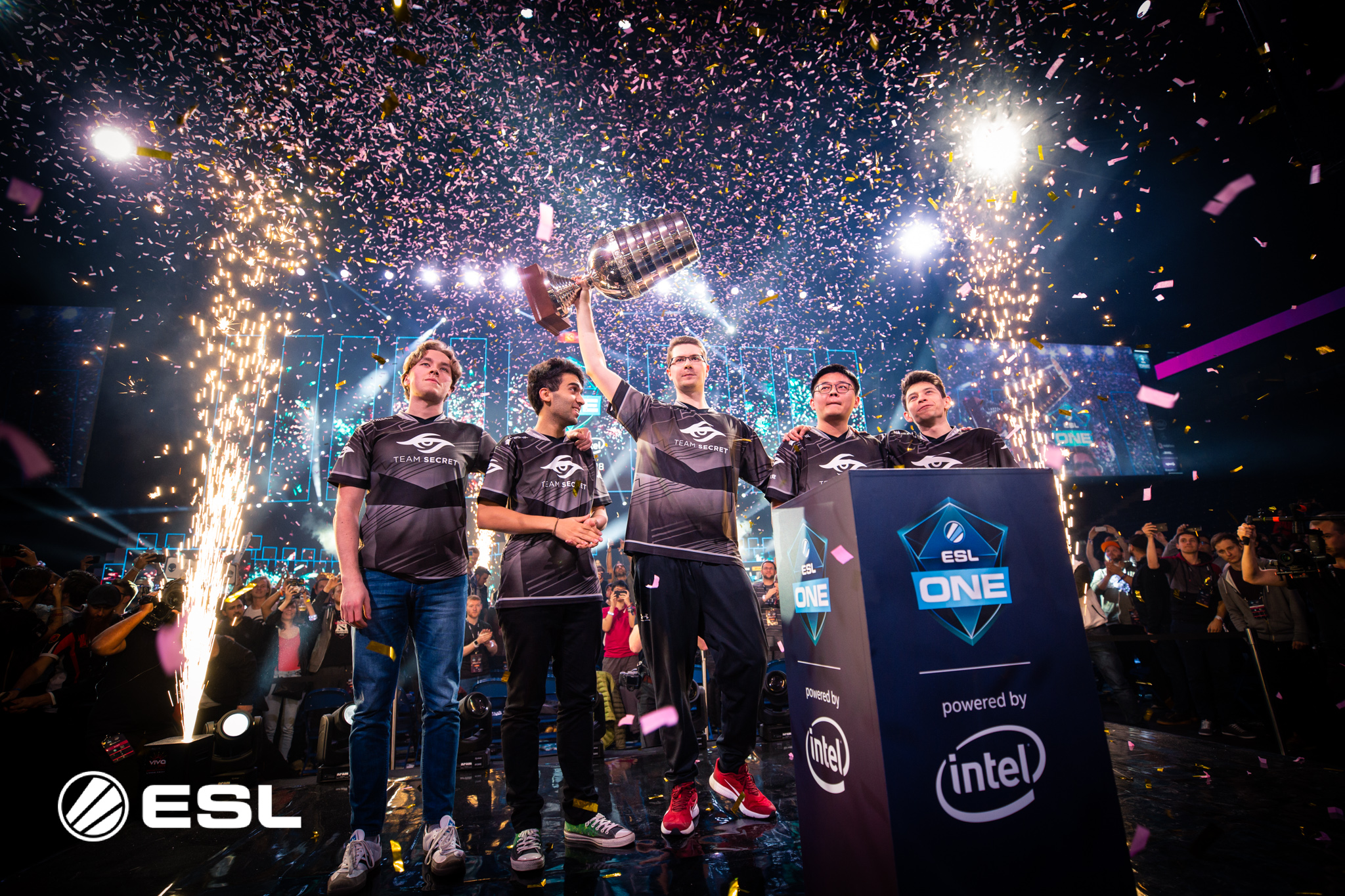 The Grand Final between Team Secret and Vici Gaming went down to a fifth game for all the marbles at Hamburg’s Barclaycard Arena. A bold, split-second decision by Secret offlaner Ludwig “zai” Wåhlberg in the decider paved the way for his team to earn some cuddle time with the ESL One trophy and gave Dota fans a clip to watch over and over in a constant loop in the buildup to the Kuala Lumpur Major.

The Hamburg winners flexed their muscle from early on in the competition. They finished Group A with a 8-2 record, losing only one match to Vici Gaming (who also went 8-2) and Evil Geniuses respectively. Tie-breaking criteria put the European squad atop the group, setting up an Upper Bracket R1 matchup with Virtus.Pro, who came second in Group B behind Chinese upstarts Team Aster (9-1 in groups coming from open qualifiers).

The Final Boss of ESL One, Virtus.Pro, bested Puppey’s crew in a tight 2-1 affair, sending them to the Lower Bracket. Secret went on to take consecutive 2-0 sweeps against Evil Geniuses and paiN Gaming before getting a rematch on Championship Sunday against the Russian giants for a spot in the Grand Final. Secret booked their ticket to face Vici Gaming in the main event of the weekend with another ruthless 2-0 series sweep.

The Best of Five decider was an emotional rollercoaster which saw Secret take game 1 before Vici turned the score around with consecutive wins in games 2 and 3. Secret held their own in game 4 to force one last match, where an aggressive mindset fostered the play that turned the tide of the tournament for good.

A split-second decision by zai, who blinked into the Roshan pit just as Vici were about to take the Aegis of the Immortal, led to a four-man RP into a skewer that pushed the Chinese squad out of the pit and allowed the rest of his teammates to swoop in, decimate Vici and steal the prized objective. The momentum from this passage of play allowed Secret to relentlessly swing for lethal in methodical fashion until the 33rd minute, when an impossibility to contest team fights brought the GG call by Vici.

Secret’s victory was the result of a true collective effort, where every player contributed brilliant moments when the team needed them most. Puppey, zai and YapzOr were stellar in setting up their carries Nisha and MidOne throughout the tournament, but it was ultimately the latter who was favoured by the fan vote to drive away from the Barclaycard Arena in a brand-new Silver Arrow.

“I’m gonna drive to my girlfriend’s house I guess “#MBmvp @midonedota2 already has plans for his prize! #ESLOne pic.twitter.com/HIB3yyju40

Next Stop: ESL One Katowice

Tickets for ESL One Katowice on February 22-24 are already on sale via the official ticket website. As always, be sure to follow ESL One Dota 2 on Twitter, Facebook and Instagram to get the latest updates on ESL One Katowice 2019 and for more information about the event please visit the official website.