When you think about it, football has more in common with StarCraft than you might initially suspect…

Whether you choose to train with your teammates or get buff with the competition, the fitness game is all about brotherhood. Manchester City gets on the ground to lift each other up. Jaedong, First, MC, Real and Reis take selfies for motivation. Whatever your method, the right crew can make pumping iron seem easier than compstomping.

Sim-City or a line of men protecting their genitals – I can’t tell from here. They’re both designed as a defensive strategy, but often let us down. On the field, players rally together to save the keeper from a 201.17km per hour ball to the fingertips. On the map, players rally with two depots and a barracks to save their main from pure obliteration. They’re the same thing, really. 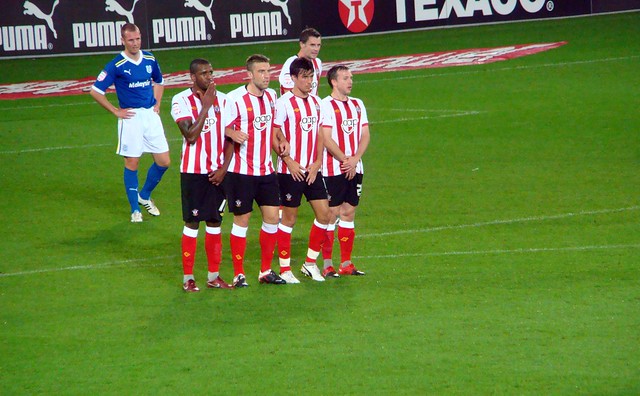 When it’s time for the big game, the globetrotting British commentators are always on call. John Helm covered 39 out of 64 matches in the Korean/Japan 2002 World Cup then hit Germany in 2006, South Africa in 2010 and Brazil in 2014. Fortunately, Apollo, Kaelaris and DeMusliM don’t have to wait that long between tournaments. Recently they covered roughly 430 matches in nine hours, sprinting from Cologne to Jönköping to Bucharest and back in a single bound. 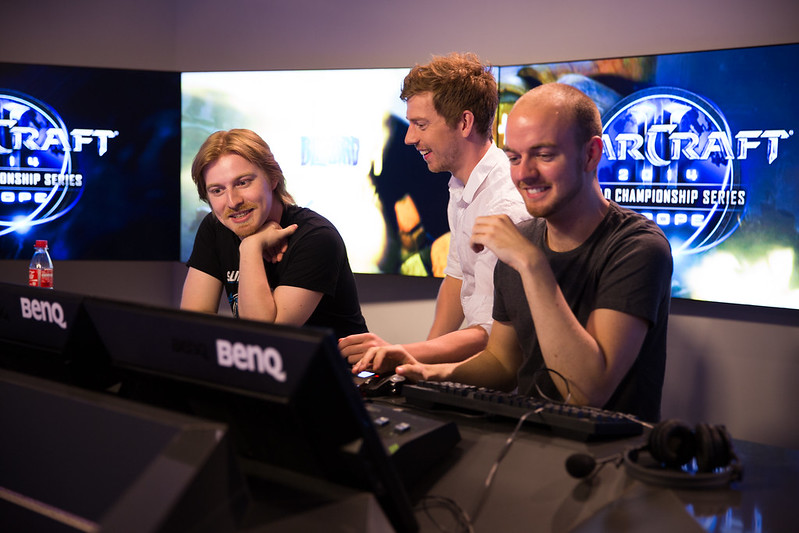 Have you ever seen a flyer, fresher eSports player than the Dong in his EG jacket? Or a sicker Blue Man Group than Snute, Taeja and TLO after that one HomeStory Cup? The same is true for football. No oversized basketball jersey or baseball shirt can measure up to the sleek, streamlined style statements that adorn the best on the pitch. 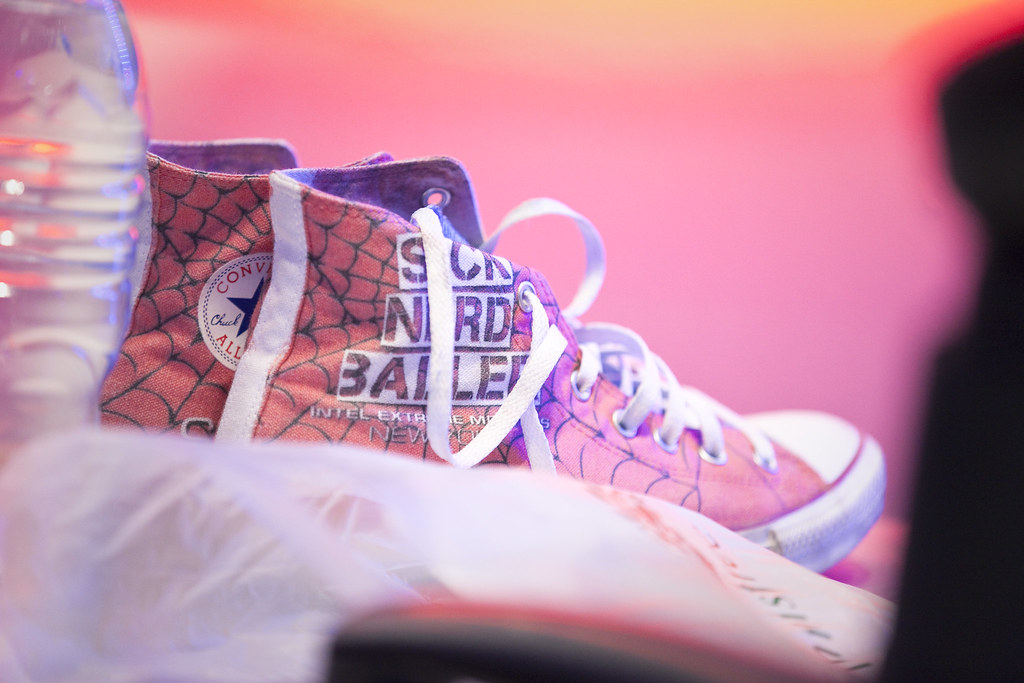 We’re talking about Taeja and Pelé here, my friends – who else? Taeja nailed three HomeStory Cup wins – the first and only player to do so (let’s not even get into his four DreamHack victories). Pelé dominated with three FIFA World Cup wins. He was the first – and, of course, the only – player to do so. That’s not all these legends have in common. They both began their careers at age 15. They both chose to play in the United States. They were both friends with Muhammad Ali (except Taeja). 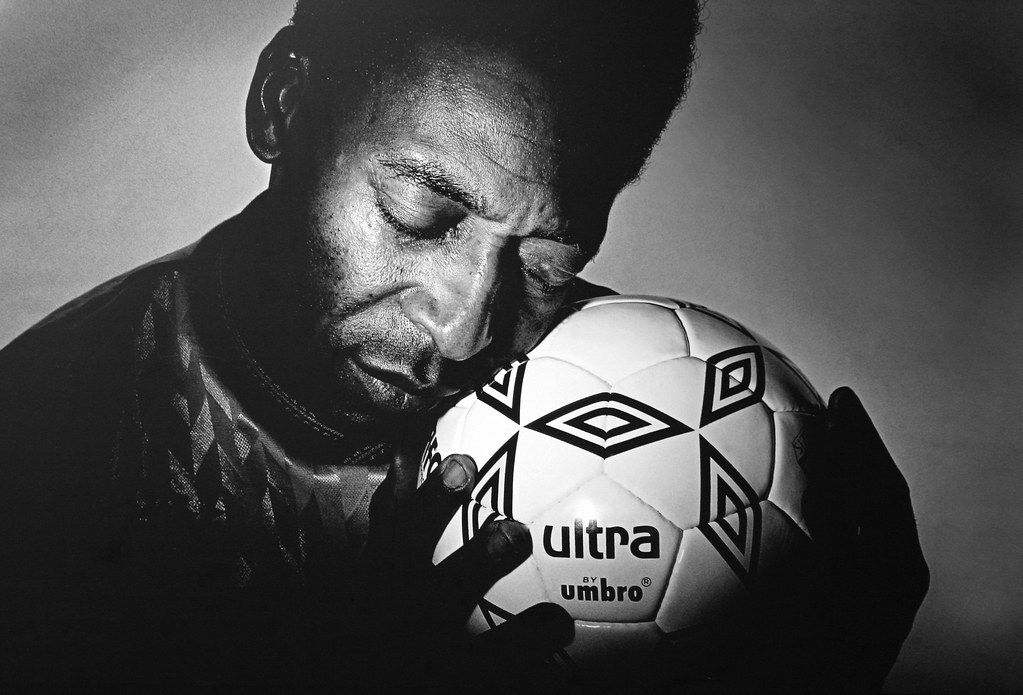 6) Americans are finally catching on

With last year’s regular broadcast of English Premier League football on NBC Sports and the other week’s ratings boom during the USA-Ghana match (it was the most watched World Cup match in recorded US/Nielsen history), it seems we Americans are finally getting it. Thanks to 2010 MLG Raleigh, ingenious trailblazers ESL – who launched the second stage of the Intel Extreme Masters Season V, the Intel Extreme Masters Season V American Championships, in October 2010 – and the serious legwork of Evil Geniuses, some Americans got the hint. Today, with the advent of the Rotterdam sound reel and two brilliant brothers from Kansas spreading American humor to Korea and back, StarCraft 2 is definitely becoming a thing in the USA. 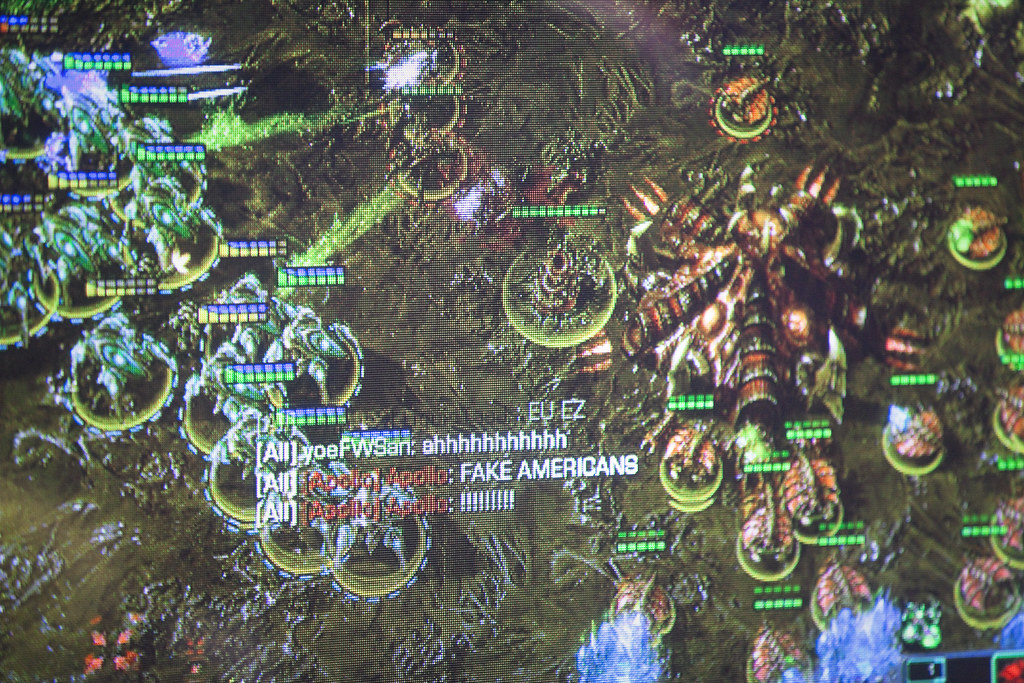 Let’s face it: micro matters. Whether you’re stutter-stepping with your stalkers or faking out a defender on the pitch, the tiniest movements and adjustments can make or break a match. Pullbacks and jukes on Maracanã turf are exactly like pullbacks and jukes on Merry Go Round, substitutions are just like dancing, slide-tackling every defender and following up each tackle with a swift kick to the groin is just like focus firing – you get the idea.

BONUS: The 8th way football is just like StarCraft 2

WCS is the World Cup of the StarCraft world – will you be tuning in as he best in Europe and North America face off this Friday?

If you want to make sure you stay on top of your game, be sure to head over here to check out the official WCS schedule!