Interning at ESL: My journey in the world of eSports

After four months of interning at ESL, the time has come for me to move on. For those aspiring to be involved in eSports, I figured it would be interesting to write about my stay here to show what it’s like working for a huge eSports company.

My decision to apply for the job was an impulsive one. I had been part of the European Super Smash Bros. community for some time and had really enjoyed my eSports adventure in that scene. Sadly, life forced me to divert my attention to other matters and I never intended to return to eSports. This year saw me go on exchange to Germany, however, an experience I wanted to have in order to help me figure out what I wanted to do with my life. An internship on the side seemed like an interesting idea – I love writing, I love English and I never lost my affection for the world of eSports. All this, combined with my desire to live in a bigger city for once (being a country boy), led me to apply for a position at ESL. 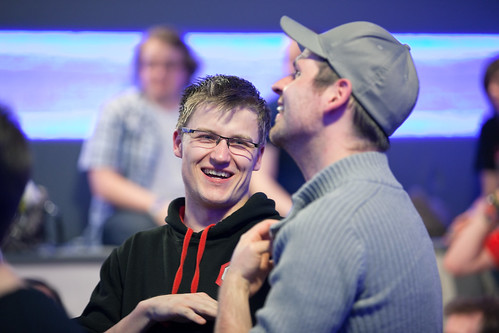 This illustrates just how easily you can get the ball rolling if you want to squeeze your way into the world of eSports – dedication, passion and one or two talents with which you can prove your worth. I had high-level Smash Bros. experience and was a tournament host and passionate community figure for my local scene, but I didn’t have any sort of reputation or portfolio to help me get the job.

ESL’s editorial team was young when I joined. ESLGaming.com was nearing its launch, and for the first month most of the work I did was related to migrating articles from the old site and making sure to spot and report as many bugs as possible. There wasn’t too much writing to be done at this stage – Esl.eu was a thing, but it wasn’t the editorial team’s sole concern.

After ESLGaming.com launched, we suddenly began getting relevant. Editorial is in touch with pretty much everyone in the company: it was quite common to see big names like Paul “ReDeYe” Chaloner, Michal “Carmac” Blicharz or Eefje “sjokz” Depoortere visit our office –after all, we needed to be kept up to date about developments in other departments, too. The Intel Extreme Masters’s product manager is also part of our team, and we regularly had meetings with those responsible for ESL One. 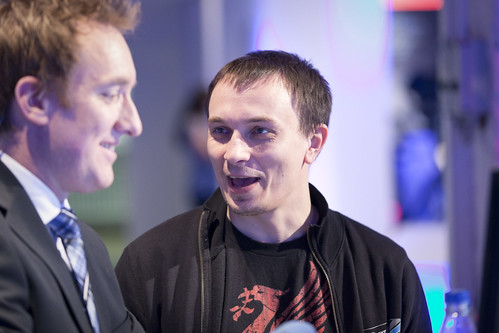 As you can tell, I got to be in touch with some of the major behind-the-scenes people in eSports. Being an ESL editor, intern or otherwise, provides you with many open doors. I had the opportunity to have extensive interviews with personalities such as Travis Gafford​ and Reason Gaming as well as visit Riot’s studios in Cologne with press status. Obviously, I also had my own input in what I wrote and published. Especially memorable for me is my in-depth article about Smash Bros., which was my way of repaying the community for what it had given me over the years.

Incidentally, our office was also located right next to the player lounge – sharing a meal with the likes of Jaedong is not something I’ll forget any time soon.

Now, my time here has come to an end – back to law school and normal life. My time here was great and I’d recommend anyone who wants to work in eSports to take their first steps here. If you have any questions, feel free to hit me up on Twitter.

So long now, and stay classy!