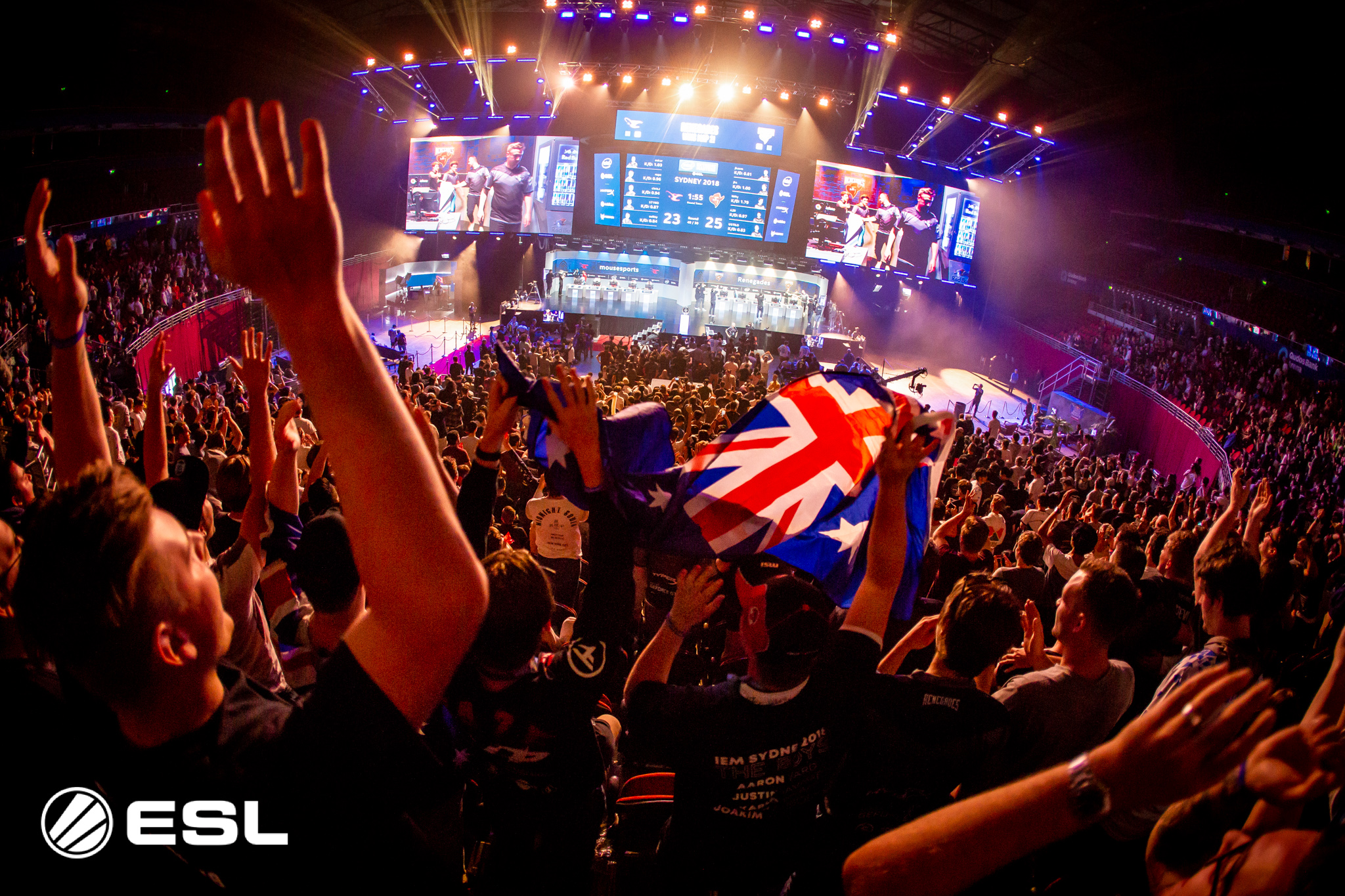 For the third consecutive year, the longest running global pro gaming circuit in the world returns to Australia. Intel® Extreme Masters will bring sixteen of the world’s best Counter-Strike: Global Offensive teams to Sydney’s Qudos Bank Arena on May 3-5, 2019 for an epic contest with a prize pool of $250,000 USD on the line.

Last year, over 7,500 esports fans attended IEM Sydney on each event day. With 13.5 million unique viewers online, it recorded the highest ever viewership for an esports competition held in Australia. It’s fair to say that the esports community down under turned up in full force to make this event a landmark in the competitive CS:GO calendar.

Next year’s event will mark the 75th stop of the Intel® Extreme Masters circuit since its inception in 2006, so we want this to be a proper esports celebration. Ping all your mates to coordinate your most extravagant fancy dress and come party with us in one of the finest cities on Earth!

Not only will you have the chance to meet your idols face-to-face at signing sessions and participate in giveaways from partners and sponsors at the IEM Expo, you will also be able to experience the latest tech Intel has to offer.

The Intel Experience Area will feature the latest 9th Gen Intel® Core™ i7 and Intel® Core™ i9 processors to provide immersive gaming and esports experiences with the latest PC and VR titles, all powered by Intel’s leading gaming technology.

Michał Blicharz, VP of Pro Gaming at ESL: “What we have managed to build in just two years with ESL Australia and the ANZ gaming community is absolutely incredible. IEM Sydney is quickly becoming a staple esports event not just in Australia but globally and it’s something we’re incredibly proud of.”

Nick Vanzetti, Senior Vice President of ESL Asia-Pacific Japan: “For us to be able to announce our third consecutive stadium-scale esports event in Australia with IEM Sydney 2019 is something we never dreamt of happening 10 years ago. It’s a true testament to the strength of esports in our country, and we’ll be working hard to ensure it’s another unforgettable experience for every person who attends.”

Santhosh Viswanathan, managing director, Sales and Marketing Group, Asia Pacific and Japan, Intel: “As the global technology leader for esports and gaming, we are excited to be back in Sydney to showcase the latest gaming technologies from the desktop to the cloud. We look forward to delivering the world-class gaming experience which CS:GO fans in Australia and the region have come to expect from Intel Extreme Masters Sydney.”

What you need to know:

-TEAMS: Eight teams will receive direct invites, while the remaining eight squads will earn their ticket to Sydney through qualifiers. The EU and NA regions will get one qualifier spot each, while Asia and Oceania will receive three each. More information regarding open and closed qualifiers will be announced in due time.

-FORMAT: We will employ the same format as last year. Sixteen teams will be split into two groups of eight. Each group, to be played between April 30 and May 2 will consist of seeded brackets, starting with a bo1 matchup and subsequent upper and lower bracket bo3 elimination matches.

The winners of each group will go directly to the bo3 semifinals, while the upper bracket finalists and the lower bracket winners will face off in the bo3 quarter finals. All playoff matches will be played at the Qudos Bank Arena on May 3-5 and will culminate in a bo5 Grand Final.

-TICKETS: Tickets for IEM Sydney 2019 will go on sale on Friday, November 16, 2018 at 2pm AEDT via www.ticketek.com.au. The general public will have the opportunity to choose between Day (starting at $39 AUD), Weekend ($139 AUD), Weekend Premium ($239 AUD) and Global Elite tickets ($1,199 AUD). In addition, all ticket types will offer an Early Entrance option which will allow fans to enter the venue one hour prior to the official doors open time.