Two of the eight weeks in the debut season of the ESL ESEA Pro League are in the books and the standings are starting to shape up. Across the globe the fight for the top spots is picking up speed with South American stars ruling over North America, making their move to the States worthwhile for now. Across the pond a Swedish team leads the charge undefeated, while their Swedish brothers of NiP are in shambles, sporting a negative record – reason for concern?

Top of the world, depths of despair

Sweden is one of the proudest and most dedicated communities in the Counterstrike scene for years and years. A nation blessed with tremendous talents, great teams and incredible success throughout the years and various versions of the game. CS:GO is no difference in that proud tradition, but the ESL ESEA Pro League in the European division shows the two sides of the medallion this week.

On the one side there is fnatic, arguably one of the top teams at the moment. Despite some minor hiccups in the recent past, the squad around ingame leader Pronax can never be counted out. Following their bold words on Twitter, subject of this recap last week, the team continued their hotstreak against the European foes. So far no opponent and no map was able to trip up the reigning ESL One Katowice champion on their road to dominate the entire European continent. They might have had only one game this week, but it was a big one. Squaring off against their recent bane TSM, redemption was on their minds. Fueled by vengeance, determined to keep the undefeated record, especially olofmeister and KRIMZ went into carry mode on Overpass. In the end a resounding 16-6 win put the TSM demons to rest, making fnatic the undisputed favorite and team to beat.

fnatic getting revenge against TSM in remarkable fashion

Not so good is the way the ESL ESEA Pro League started off for the other big Sweden team. In the big majors and big tournaments Ninjas in Pyjamas are usually a force to be reckoned with, but so far the Pro League doesn’t seem to be the most rewarding place for NiP. The even scoreline after the first week with a win over Dignitas, but a crushing loss against Virtus.pro didn’t raise a lot of eyebrows. Now after the second week and the third consecutive loss in the tournament, the concerns are starting to pile up for the team. First they couldn’t win the rematch against Virtus.pro on their ESL ESEA Pro League debut on train, then the trademark “NiP magic” failed in crunch time against Natus Vincere as well.

The negative record is putting on the eighth place in the standings after the first two weeks with only Penta eSports (1-4), mousesports (1-4) and the two winless teams Flipsid3 (0-1) and HellRaisers (0-3) ranked lower. Usually NiP is more accustomed to the company at the top, where Virtus.pro (4-1), Team EnvyUs (3-1) and Titan (3-1) are playing catch up to top dog fnatic. Other noteworthy team in Europe? Natus Vincere. The CIS squad are the only team next to fnatic without a loss yet. If they keep up that pace a heated battle for the first spot will break loose soon in a heated up European division.

With two weeks in the books for the American division, the early results and observations for the effects of the big North American shuffles are coming in. At the current level it looks Nihilum might have pulled ahead with their roster transaction done after the great failure the North American teams displayed at the most recent CEVO Lan. Ever since then CLG, Cloud 9, Nihilum, Tempo Storm and Luminosity Gaming switched out key pieces of their lineup, utilizing the free agent talent made available to them.

Completely unphased by those swaps were the Brazilian team of Keyd Stars, who’ve continued their strong performance. Ever since being the first South American team to reach the playoffs of a major CS:GO tournament back in Katowice, the Brazilians around star player fallen haven been the center of the hype. Them moving to United States and becoming a permanent part in the North American division did shake up the entire scene, adding a very capable team to the mix. After four games against the North American rivals the hype around the Brazilian stars was validated, seeing them cruise past every opponent in a busy week. Being on pause for the entire first week, the second week had four scheduled matches for Keyd – turning the marathon of a season into a little “midrange” sprint. No matter what though, Keyd prevailed against every foe. First Tempo Storm was the victim, then it was the boys from Ace Gaming MSI being sent a loss. To round out that first big outing of the Brazilian squad they also defeated Luminosity Gaming in overtime, followed by a quicker win against affNity on Cache. A flawless 4-0 record for now, but big teams like Cloud 9, elevate, Nihilum and CLG still looking and waiting to rumble.

For those teams the North American shuffle altered the landscape already. While Nihilum did not only score big in the publicity department, adding former Cloud 9 and compLexity Gaming stars Hiko and Semphis, they’ve also made strides on the battlefield. Just like Keyd Stars they sat on the bench, observing the competition in Week 1, only to strike down hard in Week 2. Four matches scheduled, four wins, putting them right into the mix for the top placement in the American division.

Right there on top with them are the other big teams and NA Shuffle participants. For Luminosity Gaming the add of ptr seems to be paying off as well. It might not have translated into a flawless record so far, but their match against Keyd Stars on Train was one of the more gripping battles this week. Overall LG was a team with incredible stamina throughout this week. Not only did they go into overtime against the Brazilians, but they also needed double overtime against eLevate. The American rising stars around desi were close to an incredible comeback several times on Inferno against ptr and the LG boys, only to be denied round after round, overtime after overtime. In the end a 22-19 win for LG, serving eLevate their first loss in the ESL ESEA Pro League. 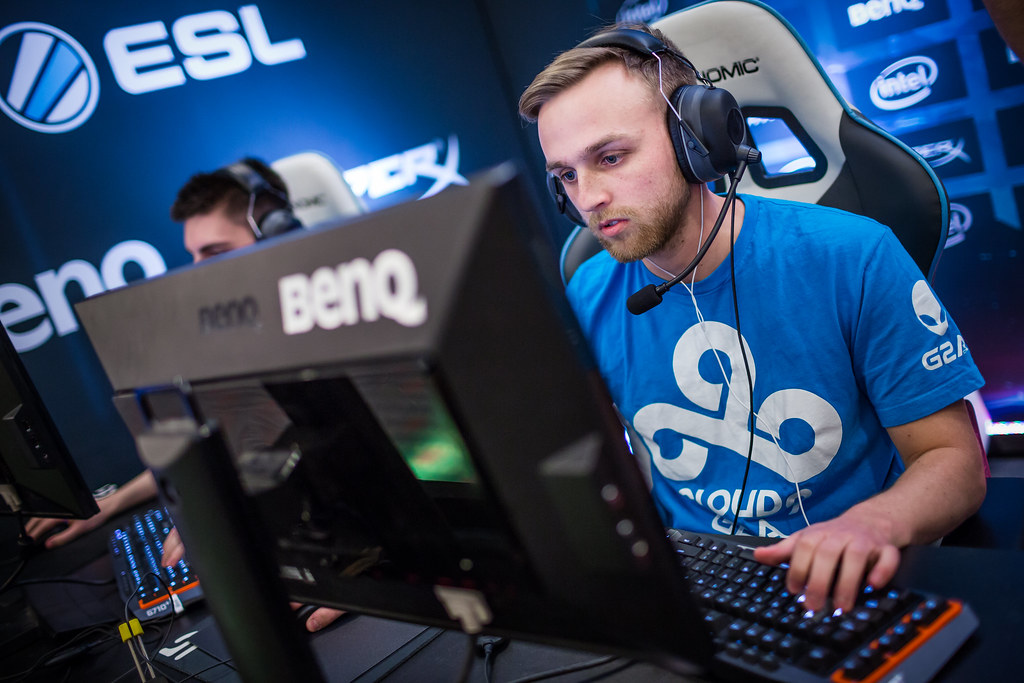 n0thing and his new teammates looking strong and ready

Still without a loss next to Nihilum and Keyd Stars are also the new and improved roster of Cloud 9. The North American juggernauts cleaned house by releasing Semphis and Shazham previous to the kickoff of the ESL ESEA Pro League, netting them good results immediately. So far Skadoodle and fREAKAZOiD have been extremly successful additions, providing some exciting AWP actions and clutch moments already. Alongside veteran n0thing, sgares and Shroud, Cloud 9 finally looks to be back contenting for the top spot in North America – the next weeks of the Pro League will provide more answers.

What’s next – key matches in both divisions

Two weeks are officially over, now the fun really starts. After two weeks with only four match dates, the ESL ESEA Pro League is heading into their first super week of the season. From Monday all the way to Sunday in America, the competition will provide high-quality CS:GO action with the best teams looking to gather points and improve their position.

The key matchups in the American division might just happen on Wednesday and Thurdays night. Both times Keyd Stars is involved, both times their opponents are undefeated so far. Starting off the big weeks for the Brazilians is the clash at 2 AM CEST Wednesday against Nihilum. After that they get a breather and 24 hours of rest before they have to connect to the servers against and play Cloud 9 on Dust 2. After those games a lot of questions about Keyd Stars’ role in the American division and Nihilum’s and Cloud 9’s roster changes will be answered. Other matchups to watch will be Cloud 9 against Luminosity Gaming on Mirage, CLG against Keyd Stars on Cbble and last but not least the double header of back-to-back Cloud 9 vs. eLevate clashes on Saturday.

In Europe the key matches start on Wednesday evening with a triple header for Natus Vincere, first Virtus.pro, then Penta eSports and finally the French men of Titan will try to hand the Ukrainian organization their first loss. Also on that day, the grudge match of fnatic against TSM to close out the excitement of that Wednesday. For the ailing team of NiP Thursday might either be a step out of the crisis or a step closer to the abyss. Two matches, two must-wins first against HellRaisers, then against Titan.

The major chunk of the action of this week will be on Saturday though with 10 games in a row. Six fights in the European division, followed by four battles in America – non-stop CSGO action guaranteed.

To stay up-to-date and informed of the standings, matchups and everything else concerning the biggest CS:GO event so far, check out the official ESL ESEA Pro League website. To get your fix on everything eSports related ranging from CS:GO over Dota 2 all the way to Hearthstone, head over to eslgaming.com for interviews, recaps, previews.