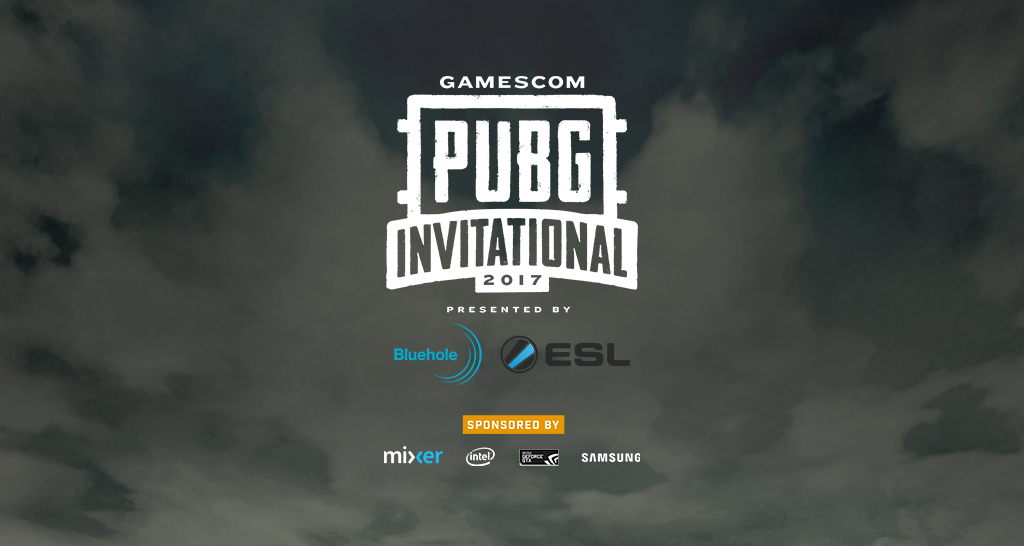 As we are getting closer and closer to the Gamescom PUBG Invitational by Bluehole & ESL, we are pleased to announce two well known and experienced commentators to be presenting the daily action live from gamescom 2017 in Cologne. Lauren “Pansy” Scott and Richard “TheSimms” Simms will be your commentators for a big clash of well known streamers, players as well as qualified players for the US$350,000 prize pool from the 23rd to 26th of August.

Check out the Gamescom PUBG Invitational by Bluehole & ESL announcement

Both of our commentators have written up some words on their way to casting this very first invitational for PLAYERUNKNOWN’S BATTLEGROUNDS and what they expect to see throughout the days in Cologne.

“I guess i should start off by saying most people know me from casting games like CS:GO and Call of Duty or Enemy Territory depending on how old you are, but my casting career hasn’t always reflected what I was playing during my evenings. I have been a huge fan of military sim games from around 2011 when I first picked up ARMA 2’s expansion pack Operation Arrowhead.

I think most of you can tell where that then goes… DayZ. I loved the DayZ mod, most of us felt the same way when we went from a Makarov to getting that first Lee Enfield in hand. I remember printing out an A2 size map of Chernarus and writing down the zeroing distance from my favorite spots. My love for the game peaked when I saw “DayZ – The Survivor Gamez”. With names like Sacriel, Kai, Rezt, Puddn, Lirik it had me enthralled. I wrote up articles, interviewed players and loved that battle royale style approach.

I followed those type of games in my own time away from my career in esports, H1Z1 was just a touch too arcade-y for me. I missed that gritty feeling ARMA games gave me, then we heard about Battlegrounds… Fast forward from where it started to where it is now, I have put in more hours than anyone that I know and my reward is knowing that I hate people who go to Pochinki and keep a shotgun late game.

Look forward to me losing my mind over any and all Kar98 headshots. May the odds never be in favor of the guy who sat in the f*ck boy shed all match.”

“So about a little about me, there’s only ever really been 2 games that I’ve taken to super seriously until Battlegrounds and that was Halo and WoW, around ‘05-’06 I was competing at local UK H2 events and also helped run one of the biggest fan forums. During ‘08-’09 I stopped competitive Halo and moved into High-level WoW raiding. Been the absolutely ridiculous nerd I am I used to spend my days theory crafting and running DPS simulations for myself and my team (I like stats) as we progressed on HC fights. As future Halo titles came out I took another swing at competitive axe but fell short and instead found myself behind the mic and turned WoW into a more social chill-out.

Started casting Halo back in March of 2013 during the days of Halo 4, since then I’ve had the opportunity to cast some of the biggest matches in MCC and Halo 5 over 2 World Championships, 5 Pro Leagues, 2 Season Series and a handful of Open events ranging from Dreamhack Atlanta to the floors of Las Vegas, casting Halo and working hand in hand with the community has been my life for the past 3 years.

Stepping into PUBG has been a dramatic change for myself, as a natural FPS play by play and lead host, it’s been refreshing to step back and have the time to talk about a game and discuss the routes, decisions and meta of a team’s gameplay. Playing PUBG I find myself gaining the 2 aspects of what I love about Halo and WoW and what made these games so addictive for me. A combination of seeing a character grow and gear throughout the course of a match mixed with the aspect of teamwork, tactics and straight up intense gunfights.

After casting the Twitch Transformers Invitational with Sacriel I am extremely excited to get involved with more PUBG action, especially with such high-level players competing in a high stakes invitational.”

See you in just a few weeks!

We are looking forward to the Gamescom PUBG Invitational by Bluehole & ESL and are excited to see your reactions either on the spot at gamescom 2017 or in the chat during our daily shows. Stay up to date with all the details gamescom 2017 and more by following ESL PUBG on Facebook and Twitter.