Europe’s best hunters and monsters have been found in the Evolve Proving Grounds regional finals! 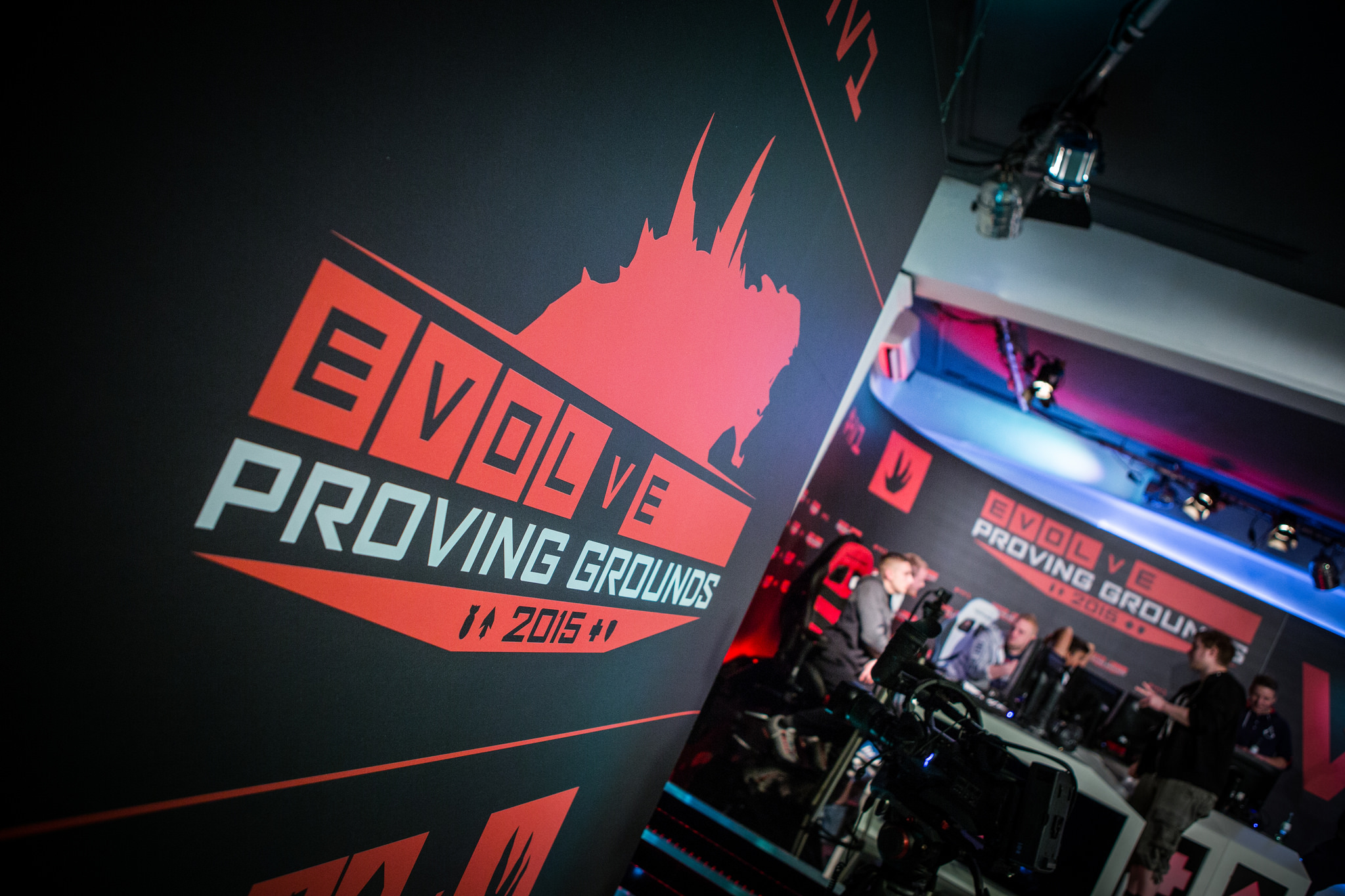 Last weekend, the ESL studios in Cologne, Germany, hosted the European Evolve Proving Grounds finals. Four teams, who were determined through a series of online qualifiers, traveled to Cologne to battle it out for a US$7,500 prize pool as well as a slot in the grand finals in Los Angeles, where an incredible prize pool of US $100,000 will be up for grabs. In the end, it was Dark Elite and SHLINGUE EVO who proved victorious over the other teams. Check out how the tournament unfolded below.

The regional finals kicked off with The Lonely Bastards taking on SHLINGUE EVO in a best of five match. The French SHLINGUE EVO left no chances for their Swedish opponents, taking them down in a decisive 3-0 manner. The winning team’s captain Anthony “TH3BANISHED” Renard underlined the importance of the monster, giving praise to teammate Kevin Roger “ChancePrintemps” Ponsolle, whose monster play secured the third and final win.

The second match of the day was played out between Dark Elites and Omega Pack, which proved to be another one-sided best of five with the Dutch Dark Elites taking the series 3-0. After being very successful in the online qualifiers, their first win in the LAN regional finals brought them even more confidence in the following matches.

Next up we saw the winners’ bracket finals – the match that determined the first team to go to Los Angeles for the Evolve Proving Grounds grand finals. The winners of the first two matches, the undefeated SHLINGUE EVO and Dark Elites, faced each other in another best of three. It was the confidence of Dark Elites that prevailed as they remained undefeated and took EVO down 3-0, becoming the first European team to qualify for the Evolve Proving Grounds grand finals in Los Angeles.

Not all was lost for the losing teams, however, as there was also a lower bracket matchup to determine the second team to head to Los Angeles. In the first match, the Brits from Omega Pack took down The Lonely Bastards 3-0, moving on to face SHLINGUE EVO in the final battle for the grand finals. Although the French team came into the matchup as the favorite, it was Omega Pack to take the first victory. However, it was their only win over SHLINGUE EVO, with the latter taking the next three games to become the second finalist to head to Los Angeles – “Now, it’s just happiness” said team captain TH3BANISHED of their success.

The European finals were topped off with a rematch between Dark Elites and SHLINGUE EVO. Even though both teams had secured a slot in the world grand finals, they faced each other once again to fight for a more favorable seeding in the Los Angeles finals. The matchup was a best of seven, with SHLINGUE EVO only managing to take one game off of Dark Elites. In the end, Dark Elites won 4-1 and secured the number one seed in the Evolve Proving Grounds grand finals. The player to definitely keep an eye out for in future is Jake Liam “x 12b x UnKnOwN” Mobley, whose monster remained undefeated throughout the entire event.

Next weekend, the ESL studios in Burbank, California, will host the North American Evolve Proving Grounds finals. There, four top teams from the North American online qualifiers will battle it out to join Dark Elites and SHLINGUE EVO in Los Angeles for the grand finals and a chance to play for the whopping US$100,000 prize pool.

To stay up to date with all the important information about the tournament and Evolve itself, be sure to visit the official tourney website as well as follow the ESL Evolve Twitter and Facebook page!